The faculty, the profile, the philosophy of studies

Aristotle University of Thessaloniki is the biggest University in Greece offering undergraduate degrees in about 40 independent scientific disciplines. It is organized in Schools (Scholi) and each School is divided into Faculties (Tmima) offering the degree. The Faculties are organized in various Departments (Tomeas), which deal with teaching and research of the specific fields of the scientific discipline covered by the Faculty. The Faculty of Rural & Surveying Engineering (R&SE) is one of the six Faculties in the School of Technology that together with the Faculty of R&SE of the National Technical University of Athens are the only university level institutions in Greece awarding the unique degree in R&SE after five years of studies, organized in ten semesters.

The profile of the Greek R&SE finds its roots in the country’s recent history. The discipline was introduced, originally as Surveying Engineering, just after the First World War in order to provide specialists for the mapping of the liberated lands in the North with which the area of Greece was almost doubled. In the mid-twenties a massive exchange of populations brought back to Greece, in a period of few years, two million Greeks whose ancestors had lived for centuries in the Greek communities of Asia Minor and the coasts of Black Sea. The settlement of such massive populations created new needs for land mappings, land legislation and land management associated with the needs for development of rural areas. This social necessity led to a reform in the profile of the Greek surveying engineer whose discipline has now expanded in rural engineering matters, e.g. rural hydraulics and road engineering. The new model was thus similar to engineering profiles well known at that time in countries of Central Europe, e.g.. Germany, Switzerland, Austria etc. Today the Greek R&SE model is unique in the European Union as far as the curriculum of studies and the professional possibilities are concerned although it has some similarities with some other Central and East European models.

The Faculty of R&SE in Thessaloniki has about 500 students (more than 40% female) and an academic staff of 36 scientists (lecturers, assistant professors, associate professors and professors). The new curriculum has 56 courses, offering 44 compulsory courses almost all in the first six semesters and 12 elective courses selected from a menu of 67 electives. The Faculty is divided into three Departments: Department of Geodesy & Surveying (DCS), Department of Cadastre, Photogrammetry & Cartography (CPC) and Department of Rural Engineering (DRE) which is mainly oriented to road and traffic engineering and to rural and environmental hydraulics. Students graduated in R&SE should pass a professional examination at the Technical Chamber of Greece, in order to receive permission to practice the engineering profession.

Educational schemes in Thessaloniki Faculty of R&SE, introduced in 1983, were based on the philosophy of the close interaction between the three Departments in order to form a unique and well balanced profile of a R&SE, so that starting from a concrete knowledge of the geometry of earth’s surface and the associated mapping processes students could plan, organize and perform development projects. In this philosophy, the three Departments are seen in a strongly linked sequence: DGS is seen as the unit offering the frame for the knowledge of earth’s geometry, CPC as the unit offering the “material” for embedding the frame within a mapping continuum, and ORE as the unit which offers the tools for development works within the earth’s geometric continuum. The vital message which is transferred to the R&SE students is that the spectrum of all the matters treated in the three departments are all subject to spatial interactions within earth’s environment.

And here is the crucial point: Earth’s Environment: – two fashionable words extensively used and promoted, in a multifold sense, by a broad number of different scientific and technological disciplines. Very many specialists coming from different backgrounds deal today with the earth’s spatial environment. What is then the particular contribution that R&SE graduates can have to distinguish them uniquely from other specialists dealing with the same subject? The answer to this fundamental question is the raison d’etre for the studies and the profession of the R&SE in Greece.

In principle, all scientific disciplines dealing with the interrelation of themes associated with the physical and human worlds, with the earth’s solid or water surfaces or with the earth’s exterior and interior spaces, play by definition a primary role in the discussion concerning the environmental and the spatial problems of our planet and our societies. And indeed many scientific disciplines deal from very many points of view and with a variety of methodological and observational tools, with the Thematics of the Earth’s spatial environment, using of course the possibilities offered today by automation, information systems, space science, advances in management etc.

In the geomatics ensemble described above, an extension is included comprising some engineering topics, namely traffic engineering and rural hydraulics forming in this way the entity of the R&SE as applied in Greece for at least half century. 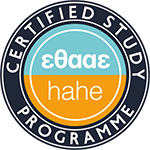 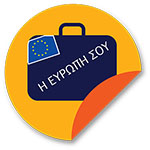